Due to a catastrophic lack of forward planning I’d only planned one day out on my trip to Anhui and figured I’d leave the rest to happenstance. The guidebook mentioned this placed called Jixi Longchuan (绩溪龙川) was worth a visit. So I set about trying to get there.

The great thing about China is that if there’s no train to the place you want to go you can just wait a year or two and they’ll build a high speed rail line for you. The guidebook suggested taking a 1.5 hour bus, but a quick search on Ctrip reveals you can now take the train! The taxi driver told me this new “North” station was only built last year. It’s suitably shiny and rather empty. 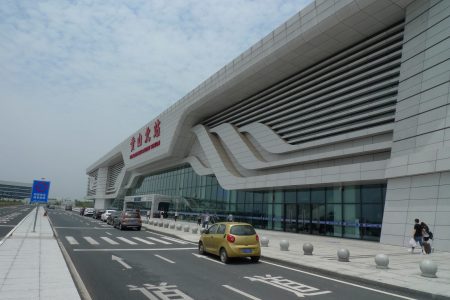 After a bit of a fail where I bought a ticket for the wrong day on Ctrip (I managed to salvage it by explaining how I’d 买错了), I rode the high speed train for a whole fifteen minutes to Jixi.

This was also a mistake as Jixi Longchuan (scenic spot) is not actually in Jixi (industrial town seldom visited by foreigners). But whatever, the 30 minute taxi ride to the right place was so cheap it didn’t really matter. 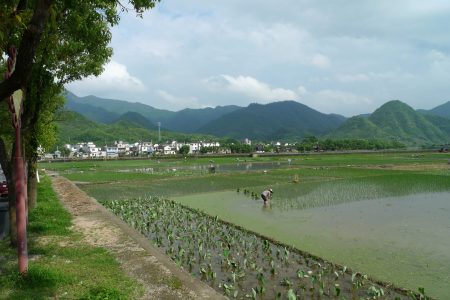 The scenery out here is gorgeous. I think it’s my first proper outing to the Chinese countryside. Some older people in the fields planting rice.

The attraction here is another well preserved old village you pay a nominal fee to wander around. I like these places a lot, as you might have gathered, and there’s a few more to blog about later in the week.

The “long” 龙 in Longchuan means “dragon” and refers to the snaking line of pebbles down the walkway on one side of the river. The other side is supposed to be a phoenix. Not sure what a “chuan” 川 is but it’s the same character as in Sichuan (四川) – something to do with rivers or plains. Another little factoid: the village used to be a centre of paper making and has a small exhibition on it. 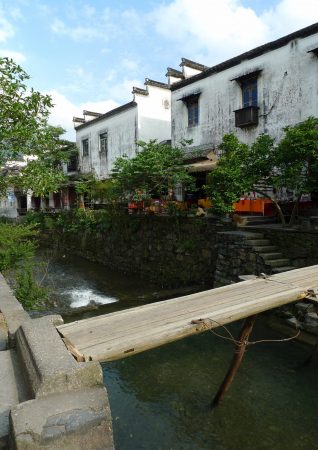 At the other end of the village is this river which you can wander along and admire the curiously shaped mountains. 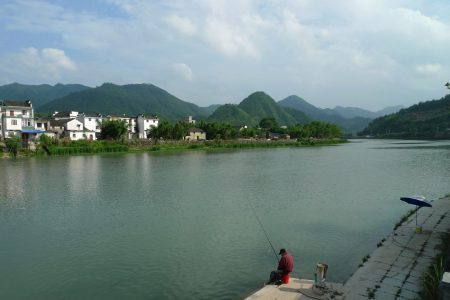 There’s maybe 2-3 hours exploring to be had and afterwards I caught the bus back to Jixi. Here’s the train pulling in. The evening was lovely. Unfortunately, it was the last rain free day of that week. :( 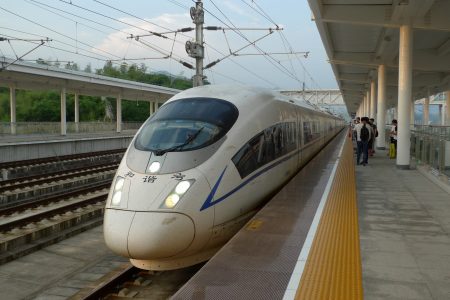