I went for another walk on Saturday, this time through unexplored territory in Wiltshire. Caught a train to Bedwyn and then headed off through the Savernake Forest and then a really interesting (but windy!) ridge along the Pewsey Downs. Finally I headed north to Avebury, which I visited last year, via the West Kennet long barrow which is another of these ancient burial mounds; but with the exciting twist that you can go inside this one! I suspect the windows in the roof may be a more recent addition.

Although it was sunny it was a bit too hazy to take good photos. Nice area though: nearby Pewsey is train-accessible and I’m pondering a return visit to try crossing the Salisbury Plain. Stay tuned!

Did the Hastings Half Marathon last weekend in 1:33:51. A whole two minutes faster than last year!

My parents were visiting last weekend and we did lots of driving around in my car (see earlier!). Happened to coincide with a burst of unseasonably nice weather. Went to a couple of good places including the Didcot railway museum.

On the Saturday afternoon we journeyed way out west to White Horse Hill. 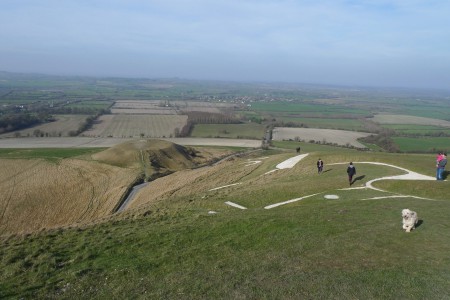 It’s got a giant chalk carving of a horse and the remains of an iron age hill fort. What more could you want! Avid readers might remember I travelled through here on the way to Swindon last year.

But there’s more! A mile or so down the path there’s this 4500 year old burial mound called Wayland’s Smithy. I don’t think the parents were too impressed. Still, I like it. 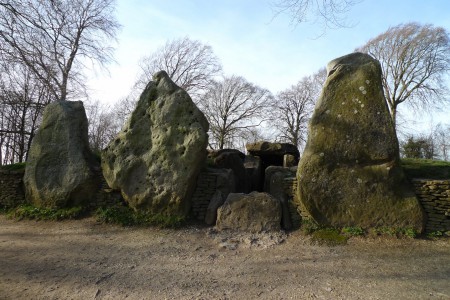 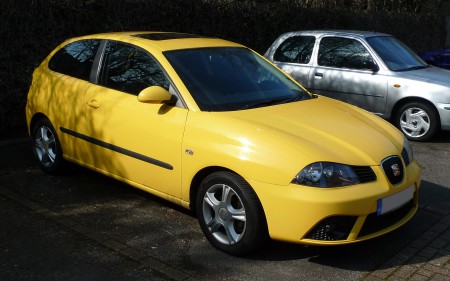