I’ve wanted to re-walk the western half of the Ridgeway national trail for ages but the weather has either been too hot or too wet. This Saturday the weather looked good but the trains were plagued by engineering works. So I decided I’d make it into more of an adventure by having a mini holiday in Swindon! Sadly there wasn’t much tourism to be had on a Friday night in Swindon, but at least the last minute hotel was cheap and I got an early start the next morning on my thirty mile epic:

I got the bus to Wanborough where I’d finished up on a previous adventure and then walked to Goring pretty much exactly following the trail. It was a totally epic day out, apart from the bit where it rained, and that didn’t last long.

Near the end I passed the first few people running the 2014 Ridgeway Challenge which does the whole 86 miles in one go in the other direction. Nutters. Also, slightly, wow.

Can you spot it?! Near Turville in the Chilterns last weekend. 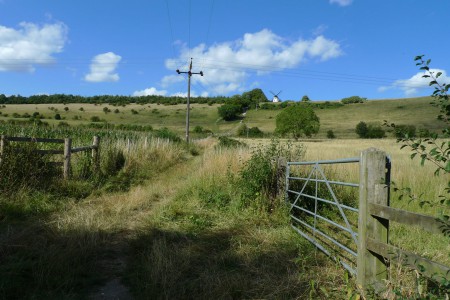 The grass is so dry! Or, it was until it started raining. 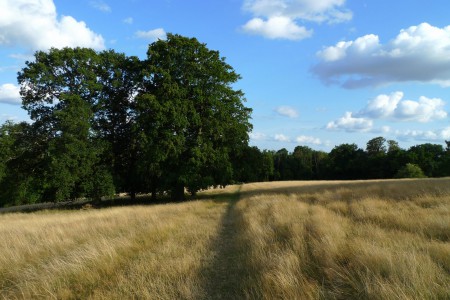