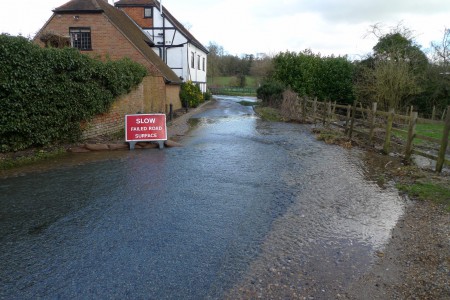 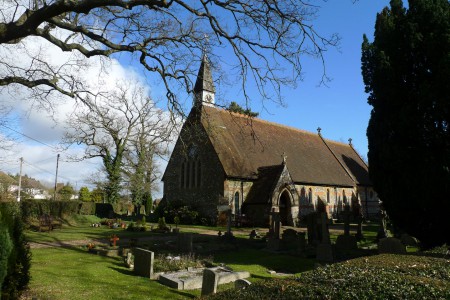 I just don’t know what to spend my 2p coupon on! 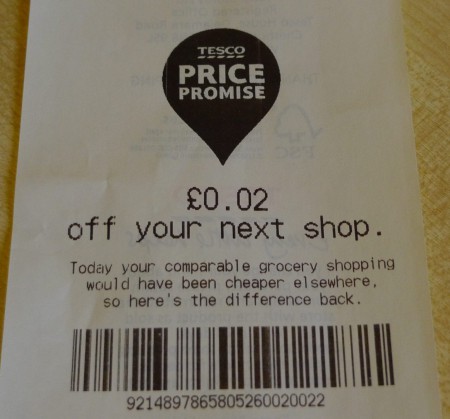 I went down to the river last weekend to try taking photos of the swollen river. However it was nearly so bad compared to downstream, so instead here is a rather elegant tree: 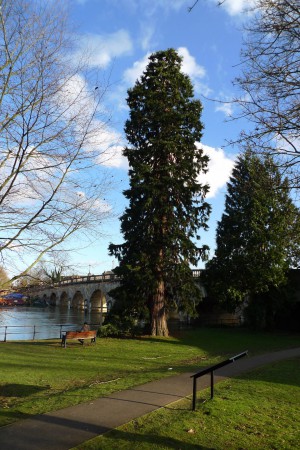 I love Amazon’s AutoRip feature. For just a few quid extra you get a real physical product and the convenience of downloading MP3s right now.

Recently though I’ve noticed cases where Amazon wants you to pay more to not receive the CD in the post. E.g. I came across these two in the last few minutes. Not that I’m complaining, mind.

I was searching the map for somewhere to explore this weekend when I came across, in an area I hadn’t previously visited, a landmark grandiosely called the “Temple of the Four Winds” which sounded like the perfect place for an adventure. So like a hero in a trashy fantasy story I set off on my quest.

The first notable thing I came across was this Buddhist (or perhaps Hindu?) shrine just off a path in the woods near High Wycombe. As it happens, this was way more interesting than the aforementioned temple, but more on that in a minute. 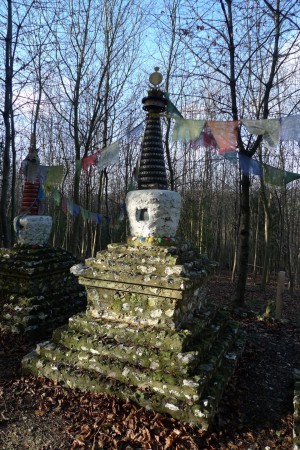 Oh yes, the Temple of the Four Winds. With the name like that it better be a huge awe inspiring structure. Here it is: 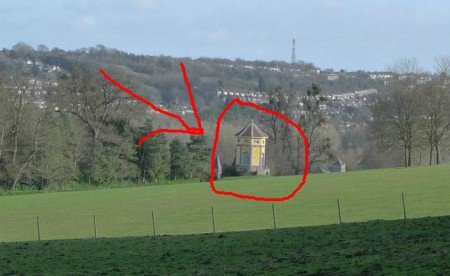 Not quite what I was expecting. (Although someone on Flickr has a much better photo.) Turns out it’s not even the “proper” Temple of the Four Winds which is apparently at Castle Howard. And you can’t even get close to it, in the winter at least, as it’s inside someone’s estate. I’ve no idea why the Ordnance Survey deemed it significant enough to put on a map.

A little disappointed I spied a much better destination nearby, West Wycombe hill. It’s very steep and once you get to the top there are fantastic views over High Wycombe and the Chiltern hills. There’s also this mausoleum structure which you can see from miles around: 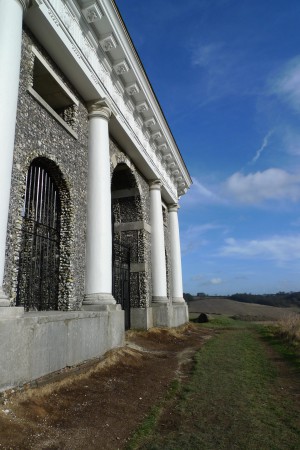 After that I headed back to Marlow via Lane End conveniently arriving at the train station just before sunset. Alarmingly I was only a few miles away from the site of a vast chasm that opened in the earth this afternoon. :-o

Some more photos I took on my travels: