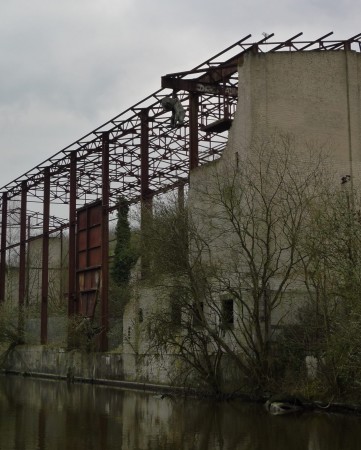 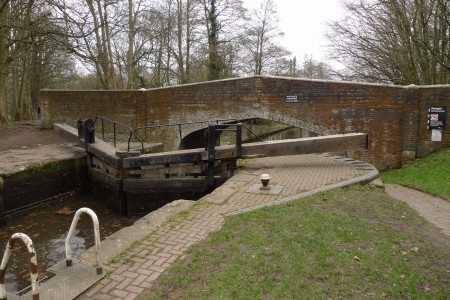 Last weekend was wet and muddy but I managed to go on a short walk from Chesham to High Wycombe. I wanted to get to Henley but progress was slow and boggy so I’ll leave that for another day.

In High Wycombe I saw this interesting abandoned mill or factory building. I wanted to explore a bit more but the area felt a tad unsafe. 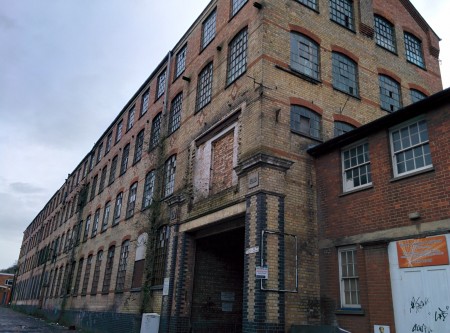 While I was in Norway I noticed something very alarming. They have two kinds of pedestrian crossing sign! 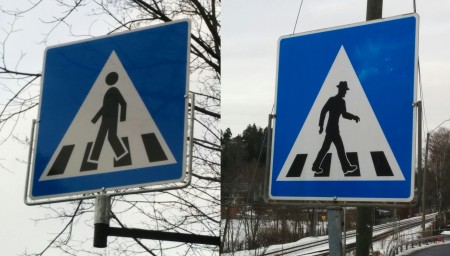 The left-hand one looks like a normal crossing sign with the gentleman going about his business in the regular manner. But the one on the right is a sinister crossing. That guy is a) wearing a hat – suspicious – and b) he is sneaking. This sign is also curiously absent from the Wikipedia list of Norwegian road signs. What is he doing? What is the purpose of this crossing??

I was back in Olso again last week and snuck out on my lunch break to explore the former airport at Fornebu. 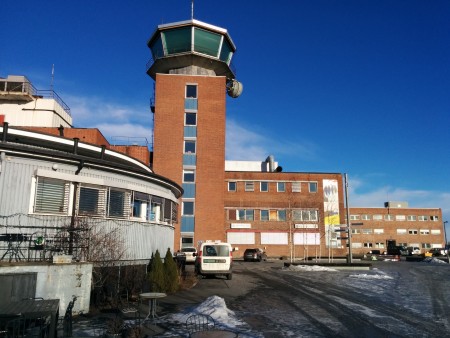 Now that the airport is decommissioned the area is a trendy office park for start ups as well as some of Norway’s large state-owned companies. 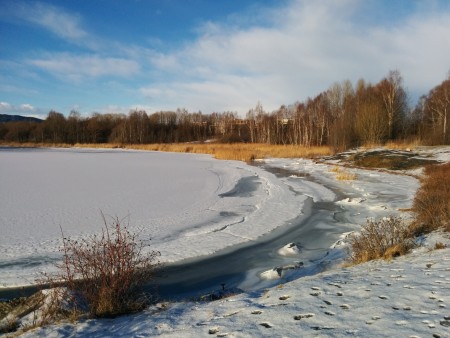 It’s unusually warm this winter in Norway. While I was there the temperature hovered around freezing and some of the snow even started melting. 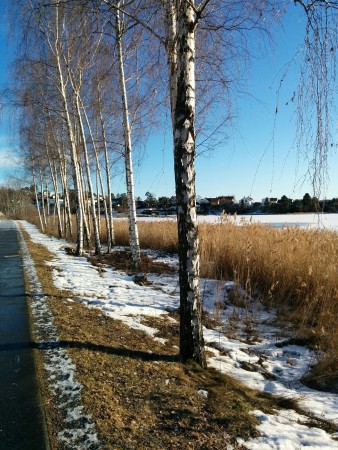