Rejoice! The cheese launched into space has successfully returned to Earth!!

Another weather balloon space flight project by some students at Cambridge. How awesome is this?! I wonder how hard it would be to build my own…

For many years people have debated a great question: do socks come in left and right versions or are both socks the same? I have been much maligned for adhering to the heterogeneous sock philosophy. But recently NEW EVIDENCE has come to light! Behold! 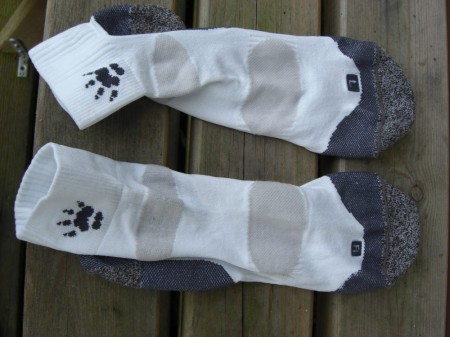 Observe both socks are differently shaped! 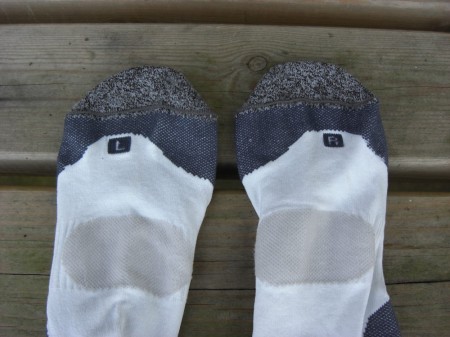 Observe the LEFT and RIGHT markings!!!

Conclusive evidence! Sadly the manufacturer feels it necessary to label them as L and R since many people have forgotten a FUNDAMENTAL PROPERTY of socks. 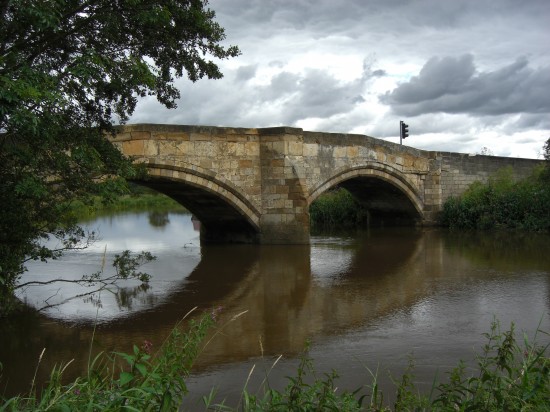 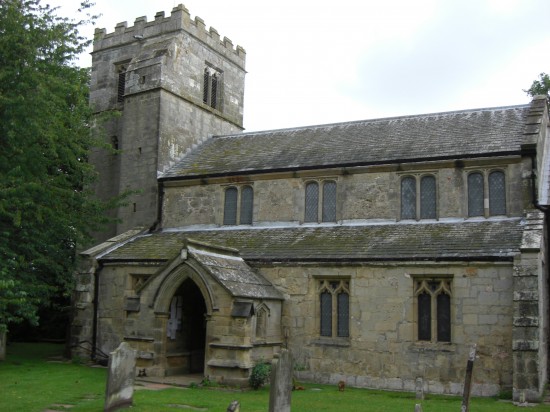 You know how GNOME/KDE have “shutdown” and “reboot” buttons that normal users can use to turn off the computer? Rather than using sudo or making /sbin/shutdown setuid, they use HAL which provides a nice power management interface. Turns out this is pretty easy to call from the command line so you can use it in Fluxbox, etc.

The DBus object is /org/freedesktop/Hal/devices/computer which has lots of interesting methods including Shutdown(), Reboot(), and Suspend(). For example, you can reboot the computer using:

This is using the qdbus tool which is distributed with QT. If you get permission errors you may have to configure PolicyKit to let you call this interface. Here’s my PolicyKit.conf which works for me on Arch Linux. (You’ll also need to add your user to the power group.)

Here’s a simple script to wrap this up: hal-power. Usage example: hal-power reboot to reboot the computer.

I first became aware of The Fish when I was a small child. At first it terrified me, but now I have come to admire its fishy nature. It is located at the Enterprise Centre in Eastbourne. You should visit it. Here are some photos: 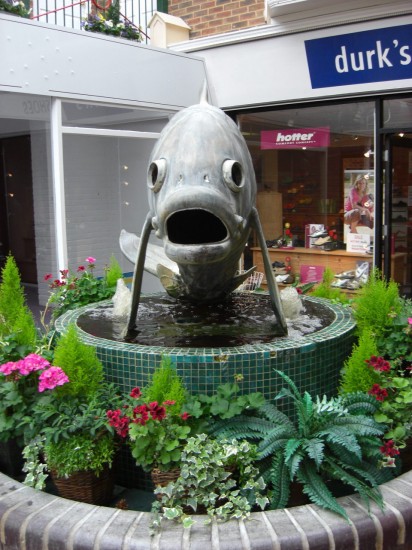 And another one showing the fish in full: 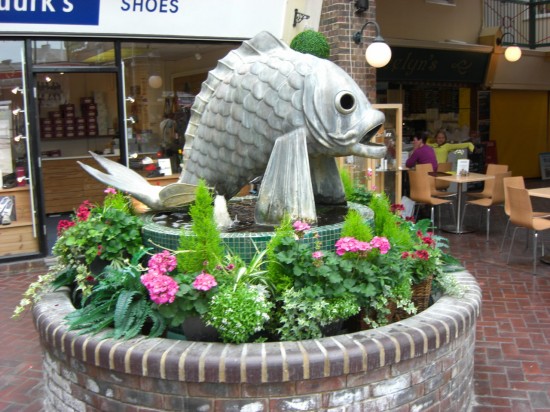 Also, “modern” art is weird and a bit silly.

I wasted today playing UFO: Alien Invasion. It’s unusually polished for an open source game. The graphics are very nice, especially in the battle mode. The storyline is also quite engrossing and surprisingly well written – I like the non-linearity of it too. Recommended.

Going to stop now and do something useful like add scenery to Train Game.

Some interest has been expressed in the number of ponds we have in our garden. A comprehensive survey has revealed that there are just four. A fifth having been removed to make room for the garden train. Here they are: 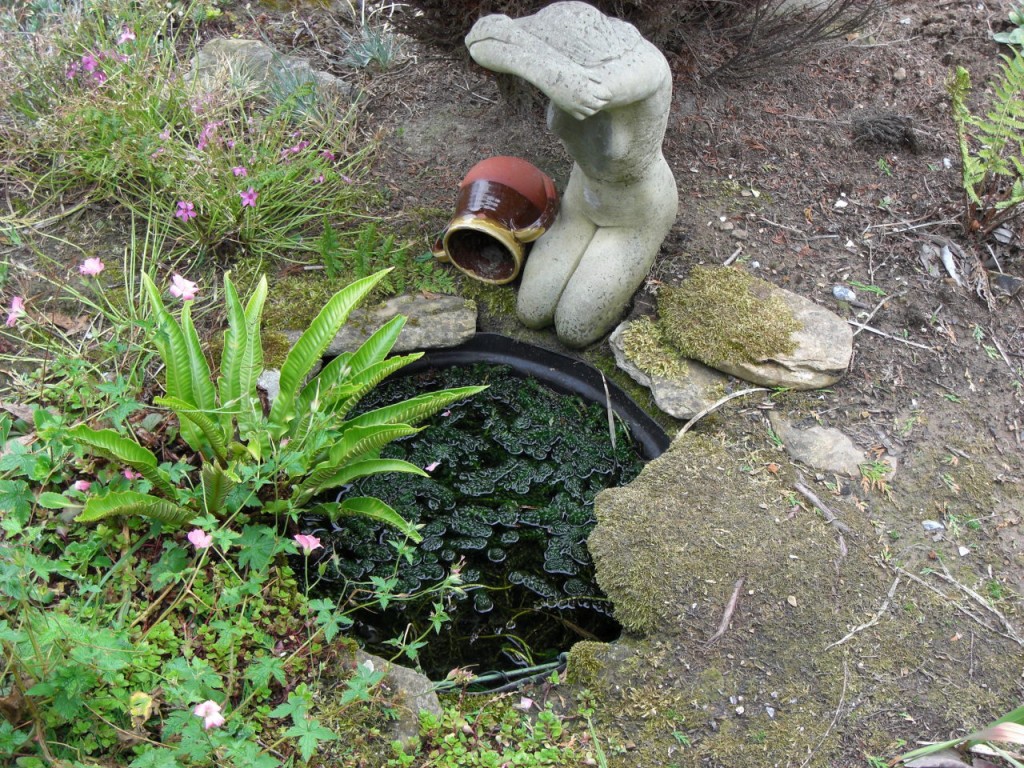 This one is just a hole in the ground. Strange statue lady. 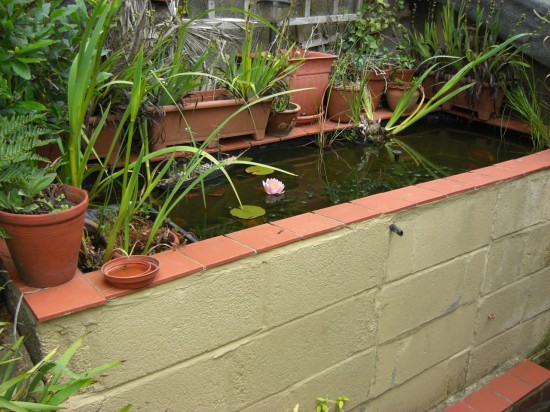 Used to be the wood shed. Also should have a moving submarine but has been inexplicably removed... 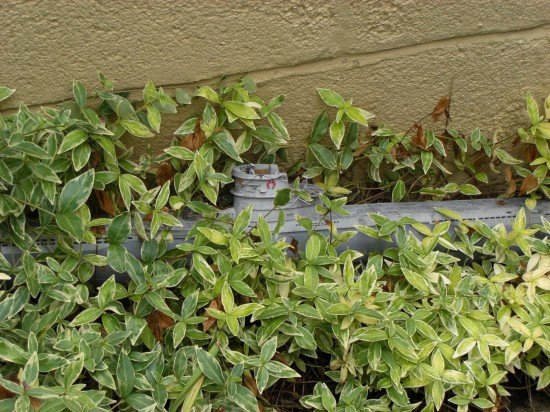 This is the submarine. It has been temporarily replaced by Captain Cook's Endeavour 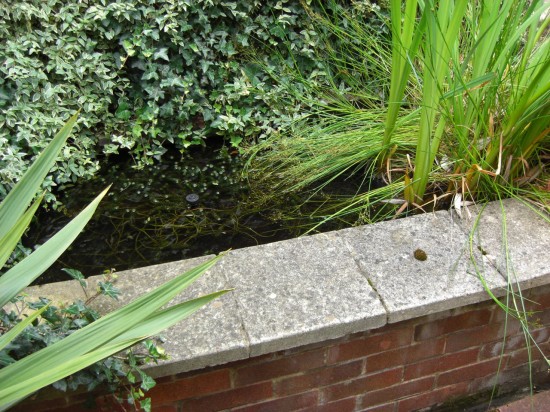 The first pond. This used to be the coal shed. 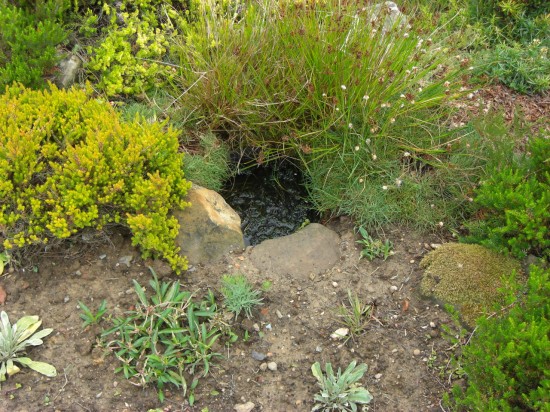 And another concealed one.

I hope this answers all your pond-related queries.