Saw two balloons over our house this evening. Have pictures! This one is Virgin sponsored. 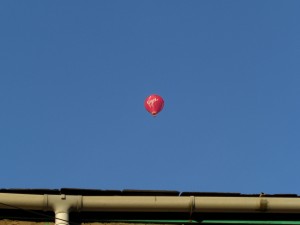 The KitKat balloon is right behind it! Maybe they’re having some sort of race? 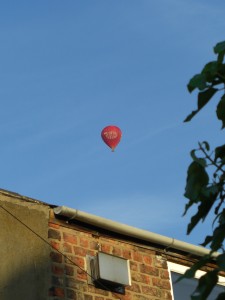 I really want to ride in a balloon now. Where can I get one? Does anyone know?? 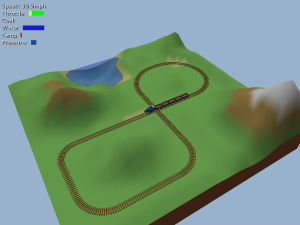 I’ve posted some of my photos on Flickr here. 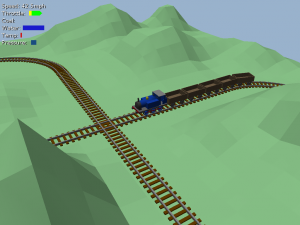 What better way to spend a rainy Saturday than a day trip to Hull? I couldn’t think of one, so I went today. Was a bit wet and windy, but I think that suited Hull rather well. Highlight was the Humber Bridge – really awesome structure!

I’ve uploaded the pictures below. Apologies for the unimaginative captions this time: there isn’t much variety in the subjects…

A digger is going for a swim in the sea while its drivers are busy looking at something on the beach. 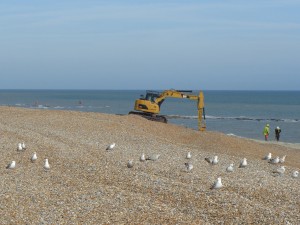 Another nice picture of some steps in Hastings old town: 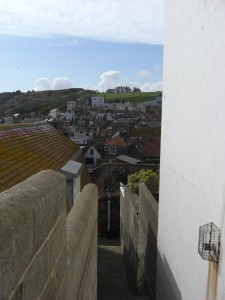 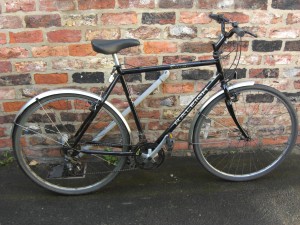 Also did Leeds half marathon at the weekend: 1 hour 54 minutes FTW.

Can you believe the Wikipedia page on the bridges of York doesn’t have a picture of Naburn railway bridge? I’ve got several I could lend them… 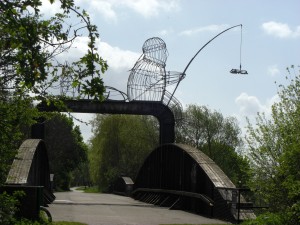 This site is a rather fantastic collection of comics / book covers / album art dealing with nuclear war.

Some of the stuff from the early 50s is wonderfully deranged, like this:

The collection is ordered chronologically, and the increasing pessimism towards the 80s is interesting to watch. Perhaps with the exception of The Survivalist. A while ago I found a slightly tongue-in-cheek plot summary of all 27 books… the author is a creative genius of sorts. Edit: found it.

Is environmental catastrophe replacing nuclear war as the post apocalyptic fantasy of choice? The Road is very good, and one for the kids. All a bit depressing though – where’s my global warming grenade???

While I’m on the subject, this collection of soviet posters is pretty awesome. Not updated for a few years – seems like a poster a day was a bit much to keep up with.