Last Saturday was the most gorgeous winter day so far this year so obviously I wasn’t going to spend it indoors. Instead I embarked on an epic quest to reach the far away city of Dunstable in the county of Bedfordshire. One of my most exotic destinations yet! 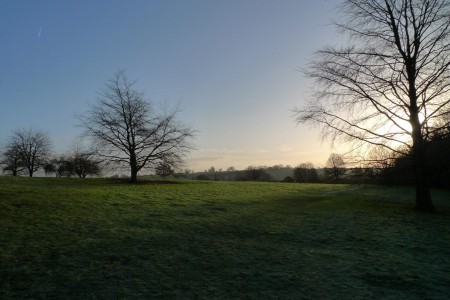 This was early morning leaving Chesham on the start of my adventure. From there I walked slightly in the wrong direction before joining up with the Ridgeway and doing the last little bit of that, so I can at last say I’ve walked the whole thing. 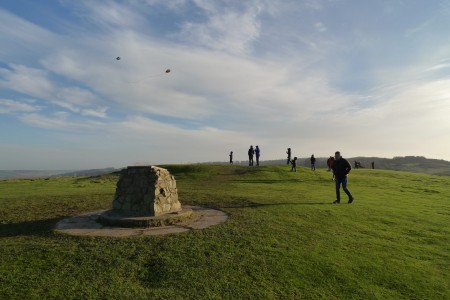 Ivinghoe Beacon in the mid afternoon was wonderful, if a little cold. North of here it’s all flat until… er… the Peak District perhaps? My geography gets a bit hazy around the middle of England. Although this could be a good excuse for further exploring.

I wanted to snoop around the edge of Whipsnade zoo and see some animals but as it was getting a bit late I decided to take a “short cut” down the side of busy road and managed to tear my down jacket while dodging some cars. Oops. Not my best idea. And by the time I got to Dunstable downs it was dark anyway.

Dunstable itself didn’t seem particularly interesting and I made a beeline for the bus station. The bus travelled along an exciting new innovation… the BUSWAY! To where does the busway lead? Luton. Which, I think, deserves its own adventure on another day.

This is the most succinct summary of every Youtube discussion ever:

I booted up one of my old PCs over Christmas and found some photos taken on my old Sony Ericsson camera phone. They were all from around 2005 or 2006 when I was living in Winchester. Phone camera technology has moved on a lot in the last ten years: this one had VGA resolution and seemingly no EXIF (although I may have accidentally clobbered that later).

This is the legendary Horse Monument from the first time I visited it with Pete. (I went back there more recently.) 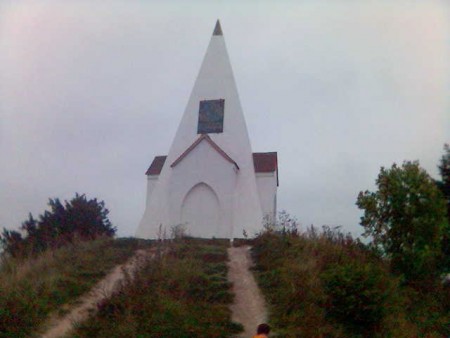 Some of the photos have an unintended Instagram-esque quality due to the lameness of the phone. Like this one from when I was walking home along the river Itchen on a misty morning. 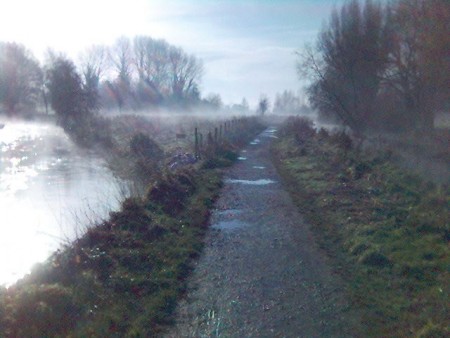 This is St Cross Hospital on the edge of Winchester. 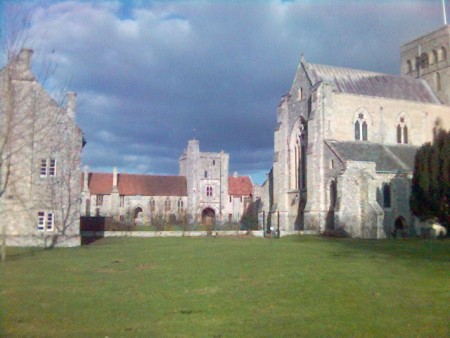 And this one is a seagull on Eastbourne pier. 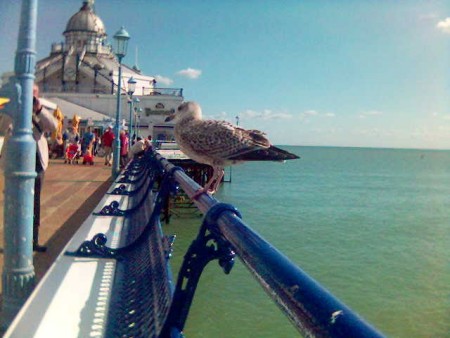 Finally, this one I rather like but I’m not sure where it was taken. It’s possibly Portsmouth or near Portchester castle. 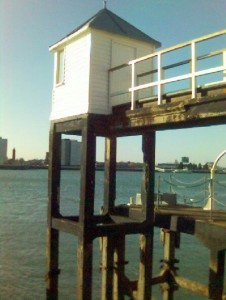 The first time I was in Hong Kong I bought some “flowering tea” which I just re-found in my tea cupboard. Here it is in its packet. You get two in a tin. 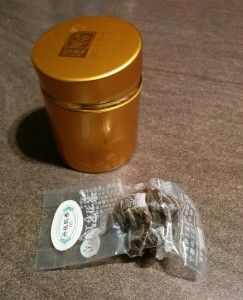 The first time I made it in my friend’s glass teapot which works rather better than a mug, but I only have china pots so this will have to do. 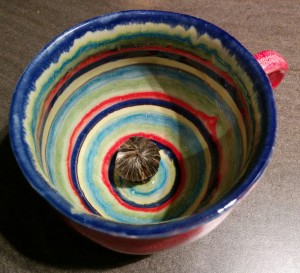 Here it is hidden inside its little tea-pod. Apply boiling water and something magical happens! 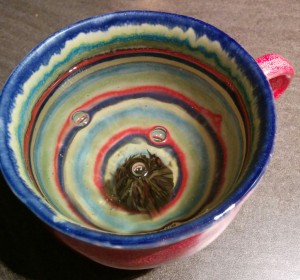 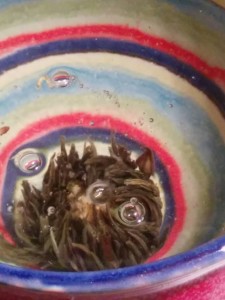 Tada! Wow! The flower is reborn. 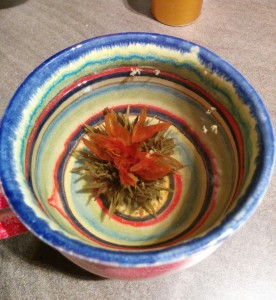 They’re made by wrapping tea leaves around a picked flower and letting the whole thing dry out. No idea why anyone thought to do this originally.