I thought this was a wonderful radio documentary on the decline of the steel industry on Teesside: *sniff*

It’s been ages since I last explored westwards along the Thames, not since last September in fact. So today I walked the nine miles or so from Henley down to Reading. I struggled to find much interesting to take photos of, but here is a picture of the bridge at Henley showing the slightly threatening sky (it didn’t rain though): 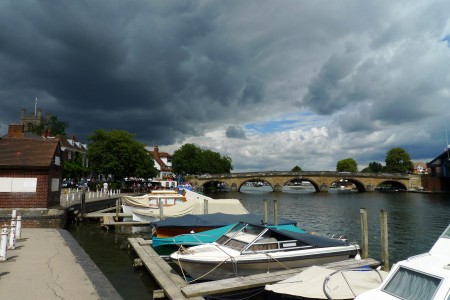 I read somewhere that when it’s overcast photos often look better in black and white. So here we are: 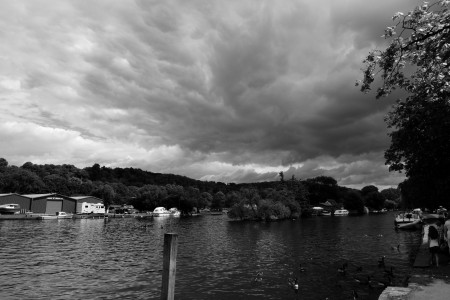 Fluffy sky looks good. Finally, on the way to Sonning I came across a cow-based obstruction: 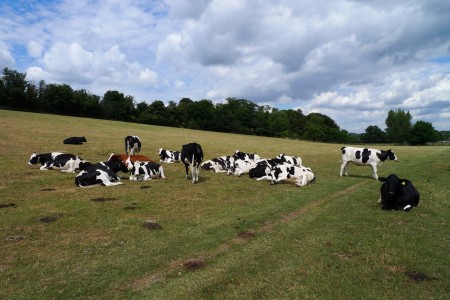 Yesterday evening I went for a walk around the remains of the Roman town of Calleva Atrebatum at Silchester a few miles south of Reading. Silchester is rare in that it was abandoned after the end of the Roman empire, leaving the walls, an amphitheater, and various other archaeological bits largely undisturbed. It’s a very nice place to go walking, highly recommended! Here are some photos I took:

Unusually for me, I here recommend a foodstuff! It’s a synthesis of a couple of different recipes I found, so probably not authentic Hungary-food, but quite tasty.

Things you will need:

Some of these ingredients seem a bit suspicious but they’re probably OK in moderation. Caraway seeds and paprika come in those little spice pots. Stewing beef is the cheaper, lower-quality sort of beef. You can substitute potatoes for dumplings if you like, and a wholesome vegetable like turnip or carrot could be added if you’re so inclined.

Here’s one I made earlier: 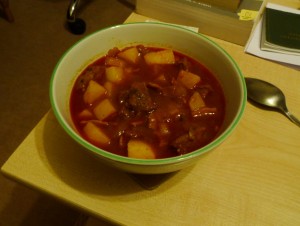 I’ve made this a couple of times and good results seem easily reproducible. It’s also quite amenable to making in large batches and storing in a tub for later use.

What interesting things exist between Kew and Battersea? I set off yesterday to answer this very question. It turns out there are quite a lot of bridges and some mud. Only about another 16 miles and I will have walked all the way from home to the Thames barrier! 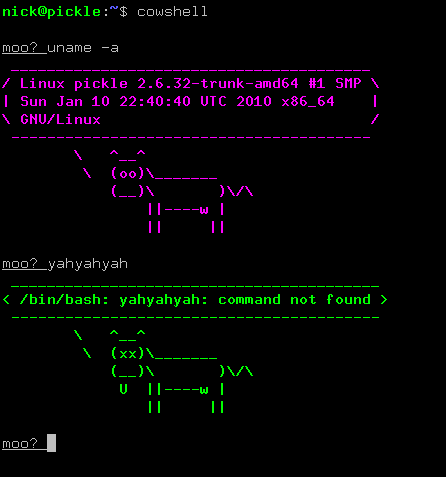