Onwards then, along the Thames path! I went for a bit of a wander through London yesterday, and to do some museuming. Unfortunately, the weather was not the bright sun predicted by the met office but overcast with intermittent rain. Oh well. Here are some pictures I took. They’re not particularly interesting but I’d hate to miss a section of my river-blogging.

Raw milk! Fresh, flavoursome, rich and creamy, and straight from the cow! Nothing beats the the wholesome taste of raw milk! 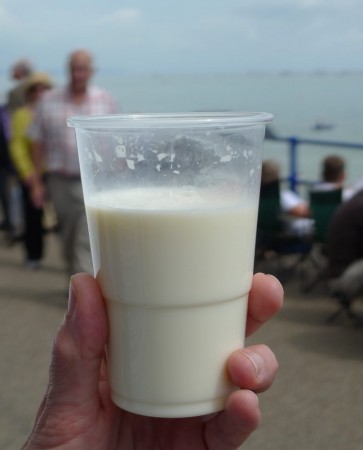 Here’s a glass of that scrumptious substance I had yesterday. Held bravely by my mum, who was inexplicably terrified of it. I’d recommend it to anyone!

I went up north last weekend and visited two historical attractions! York nuclear bunker is an interesting but slightly creepy former fallout monitoring station in Acomb. I also went to to Skipton castle which is a short train ride from york. It’s grand! Compact but well preserved. I would like to congratulate whoever wrote the tour sheet for their wonderful command of English: truly a joy to read.

Here are some pictures, not a particularly great set unfortunately:

I may well have mentioned Station Jim on this blog previously, but I don’t think I have devoted a whole article to him, which he most certainly deserves. 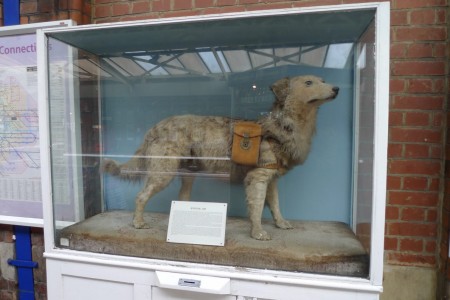 This is Station Jim. He is a dead dog. Very very dead. In fact, he has been dead and on display at Slough train station for over a hundred years. This alone should make him a top tourist attraction, even if he hadn’t lead the incredible life of adventure an selfless charity detailed on the small plaque on his case.

Station Jim was a stray dog found wandering around Slough station in destitution. However the kind people of Slough took pity on him and he was returned to health. At which point he was fitted with a pouch and sent to collect money from passengers for local charities. He raised enormous sums of money and at one point boarded a train and traveled as far as Swindon (or somewhere like that)! After his death at a ripe old age he was stuffed and put in a display case. The end.