So after I’d spent a week working in Suzhou it was a bank holiday weekend and I was owed a day for working on the last bank holiday, so I took the whole week off and went adventuring. Where to go though? China is quite big. I decided to try somewhere a bit more rural and went to Anhui which is south-west-ish of Suzhou and Shanghai. I stayed in Tunxi, which is the tourist hub of the area. And how to get there? I could fly, but internal short haul flights are a bit miserable. Surely overnight train is the glamorous way to travel! And also a good way to practice Chinese with your travelling companions. The journey took about 10 hours from Suzhou and 11 hours back to Shanghai the following Friday night. Here’s my bunk in the four person compartment! I opted for the “soft sleeper” ticket as it wasn’t much more expensive than the “hard sleeper” option, and something about “hard sleeper” didn’t sound too appealing. 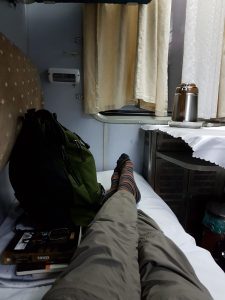 Arriving bright and early at seven in the morning, I immediately decided to hike up a 1800m mountain. But more on that later. Tunxi itself doesn’t have a whole lot of attractions. Those it has are mostly clustered around this street 老街 “Old Street”. Which is a very well preserved Qing dynasty market street. 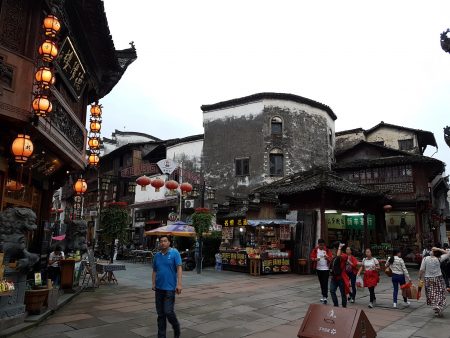 There’s a huge number of seemingly identical shops selling tea and calligraphy equipment. I’ve no idea how the local economy supports this, and there didn’t seem to be that many visitors or local customers. The local tea that everywhere is selling is Maofeng 毛峰. It seems to be the done thing to drink it with the leaves in a glass which takes a bit of getting used to but afterwards is quite fun. The leaves are so big there’s little chance of accidentally eating them. 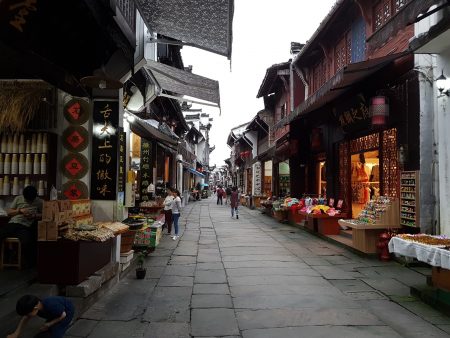 I stayed at this B&B-esque hotel in an alleyway just off the street above. It consists of two old merchants’ houses with a little courtyard in between and the family that run it live downstairs. The rooms are decorated in this lovely traditional wooden “Huizhou” style and my bathroom even had a revolutionary poster. What more do you want?!

If you like the furnishing style of the hotel there’s a whole museum dedicated to it a bit further down the street. It’s in another former merchant’s house and called the Wancuilou museum. I can’t find much information online in English but it cost about 50元 to get in and I had a friendly English speaking guide all to myself. I was, in fact, the only visitor. There’s four floors of gorgeous rooms like this one: 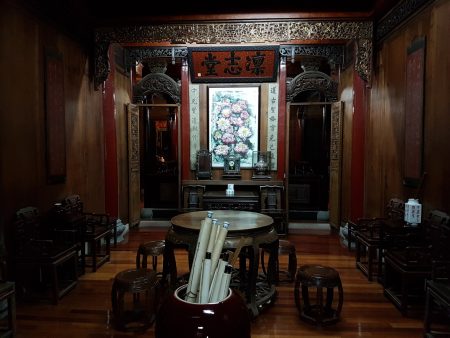