Song dynasty poet Su Shi said “It is a lifelong pity if having visited Suzhou you did not visit Tiger Hill”. It’s perhaps surprising then that at the end of my third trip there I still hadn’t been. In my defence it’s actually a little way out of the city. I walked there from the hotel which took an hour or so. 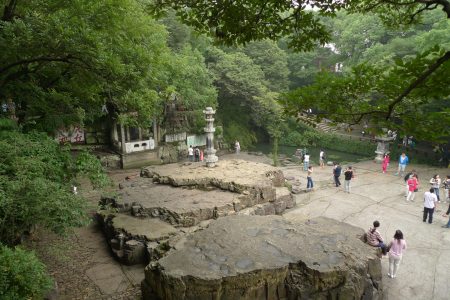 Most people who’ve heard of it but never visited, like myself, assume it’s all about the giant leaning pagoda featured on Suzhou’s city logo. But actually there’s a large landscaped scenic area with several famous attractions including this one called “Thousand People Rock”, and “Sword Testing Rock” which was cleaved in half by an ancient magical sword. 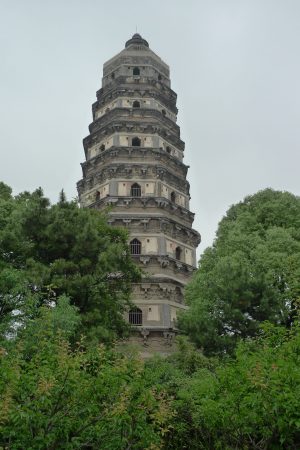 Anyway the main event is this pagoda. The Yunyan pagoda or “leaning tower of China”. It is over 1000 years old and has been slowly toppling over for the last 400 or so. Disappointingly they won’t let anyone climb up. It’s not like it’s going to finally fall over today is it?