Moving is so stressful! Anyway it’s mostly over now and I’m try to catch up with things I forgot to blog. In this case it’s a walk I did one September afternoon while I was staying with my parents. From their house to Rye, the next town along the coast.

At first it’s very hilly until you get out of Hastings and then it’s dead flat all the way along the coast. In fact, I think the Romney marsh may be technically below sea level. Here I am walking along the embankment that keeps the sea out. 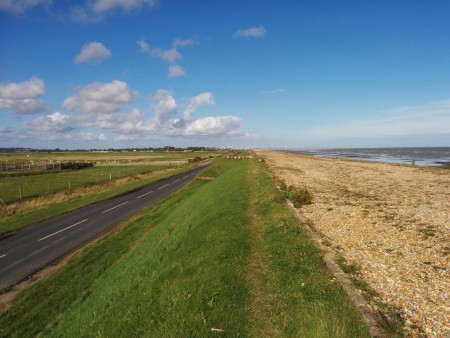 Later on I reached Rye harbour which I think is quite picturesque and I’ve featured on this blog several times before. 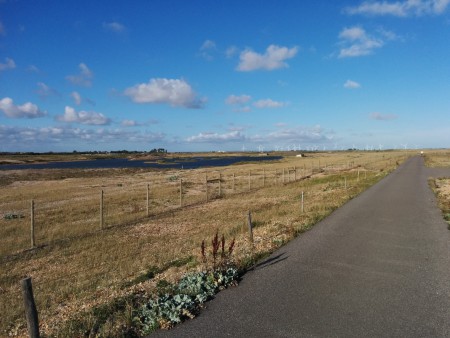