So after I got down from the mountain I decided to go exploring on the other side of Taiwan. I took the train – 火车 “fire vehicle” :-D – to Keelung which is a harbour on the Pacific. My tourism leaflet suggested I visit the nearby former gold mining town of Jiufen. So I did just that with the help of a bus. 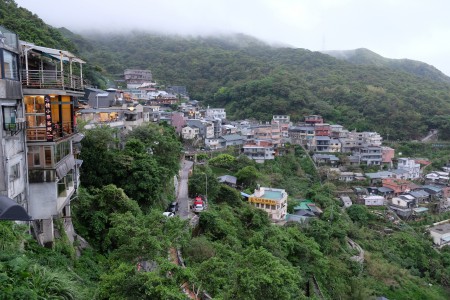 Jiufen is written 九份 which literally means “nine parts”. There’s a village nearby called 十份 “ten parts” but I’ve no idea what the etymology is. The roads are very steep and winding and the houses cling to the mountainside. In the centre there is a lovely traditional market where I bought some mysterious edibles to take back home. 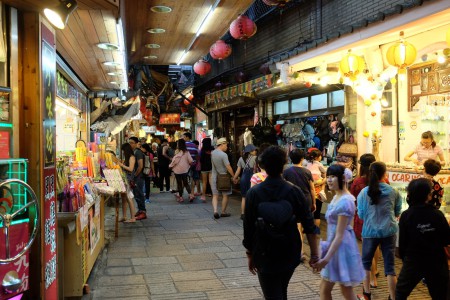 Also in the market I found a bubble tea shop which claimed to have been founded by the inventor of bubble tea himself. This may have been liemaking to justify charging twice the normal rate, but I’m never one to pass off a bubble tea opportunity… 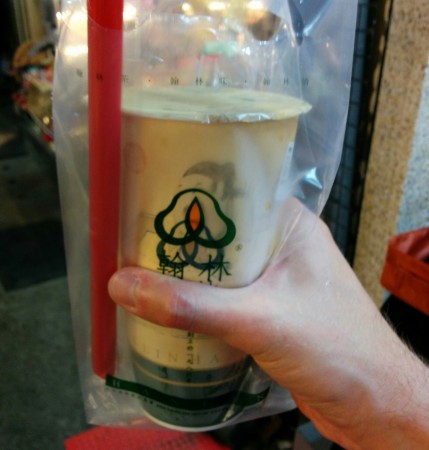 Oh how I love bubble tea. I have to try very hard to limit myself to no more than two per day. This is difficult in Taipei because there are vendors on every street and it is sooo cheap: maybe 40元 or about 80p a cup. Maybe one day it will catch on in England too.

After I got back to Keelung I did a bit of exploring there too. They were having an “autumn ghost festival” and there were lots of these pretty lanterns everywhere. 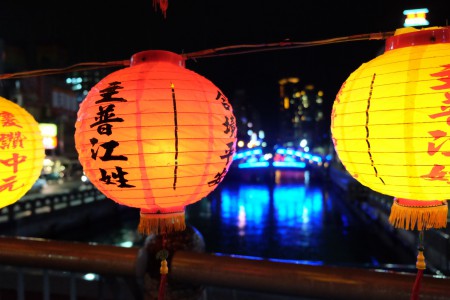 There are night markets everywhere in Taiwan. Taipei has about ten squizillion of them and obviously Keelung had one too. But this one was huge and completely packed with people. It’s almost exclusively a food market and is apparently quite famous outside Taiwan. So I wandered around and looked at the foods which ranged from edible to “a bit weird” – pig’s blood soup? – perhaps fortuitously I’d already eaten in Jiufen so didn’t sample anything. The whole market carried the unique aroma of “stinky tofu”, a Taiwanese street snack that’s yet to penetrate the western market. Although on this trip I found the smell almost bearable, so next time I might be up to trying it… 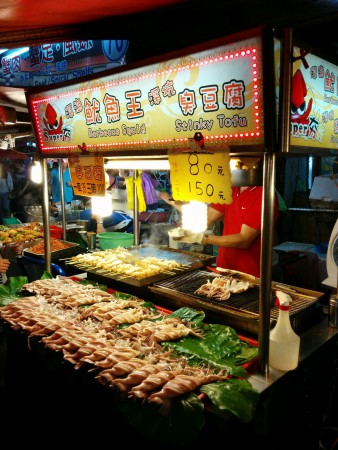 The rest of the week I had to spend working, but as my colleagues were being boring and either sleeping or working in the evenings I got to go out and do a bit more exploring.