I had a couple of days off work last week and thought I’d go adventuring further afield. So I backed up my tent and headed for the nearest mountain range in the Brecon Beacons. I only had one full day so I tried to plan a route visiting as many peaks as possible. Or, to paraphrase Julie Andrews: 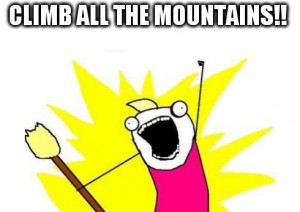 Several small streams were also forded. I did a rough circle from Brecon where I was staying up into the mountains, along the ridge line and back again. There was also an abortive exploration south towards Merthyr Tydfil but I decided it was getting a bit late.

The first half of the route was totally deserted. I stood on the first summit and couldn’t see another human. Near the highest peak it got a bit touristy however.

Weather was sunny all day but a bit hazy as you can see from the photo below. Predictably forgot to take sun cream but at least I had my adventuring hat. 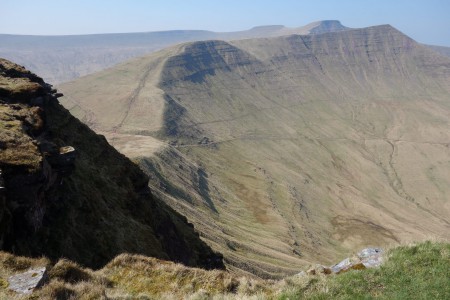 Overall, a super fun day out! Wish I’d stayed longer but maybe I can plan another Wales trip later in the year.