I tried to convince my parents of the fun of point-to-point adventuring by taking them on a family outing from Pevensey castle to the site of the battle of Hastings at the appropriately named town of “Battle”. 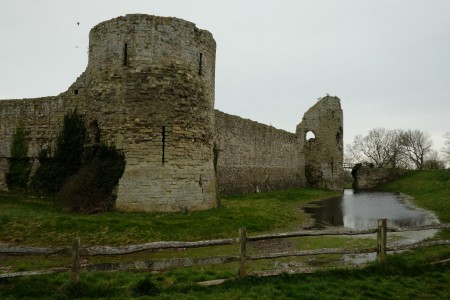 My first mistake was picking a rather dismal day to do it: the weather was mostly drizzle and occasionally outright rain. The second mistake was ambitiously selecting a 17 mile stretch of the 1066 Country Walk without intervening public transport for said outing. In my defence, it looked shorter on the map. Oh well, maybe I can convince them to do the Battle to Rye section in the summer.