Done with work now it’s time to go adventuring! Actually this happened a few weeks ago, I’ve just been very lacklustre updating this blog. I’ve done a lot of exploring around the Suzhou area so I thought I’d like to try somewhere a bit different so this time I took a flight to Guizhou province in the south.

Guiyang 贵阳 is the capital of Guizhou. The 贵 “gui” bit means “expensive” which is presumably a joke because everything here is really cheap. It’s the first place I’ve been in China where prices regularly have the decimal point in them. 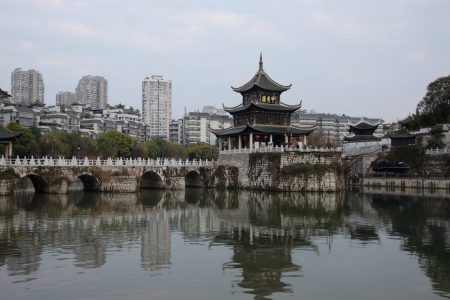 The city doesn’t have a whole lot of tourist attractions but the main one is this called Jiaxu Pavillion in the centre of town. It’s free to get in to which is nice, and there’s a temple on the opposite bank which is pleasant to wander around. 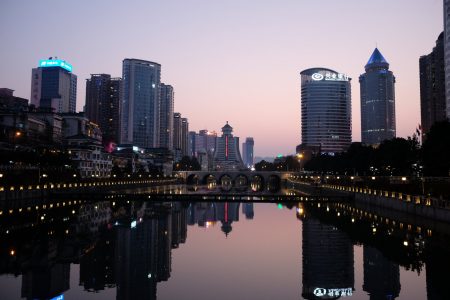 The area around the river is quite modern, the Chinese government investing a lot of money in developing the south west at the moment. But the rest of the city feels a bit more “traditional”.

On the second day I wasn’t really sure what to do. I thought about going to an ancient village that the guidebook mentioned but lack of time and poor planning on my part meant I had to give up on that. So instead I went to a “mountain park” 黔灵公园 more or less at random, which was actually a really good choice! 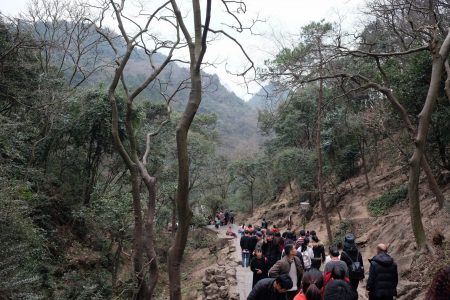 The park is just on the edge of the city and very busy on a Sunday morning. There’s a whole bunch of attractions including a temple and a zoo with some rather sad looking bears and tigers. But the best thing is the hordes of wild monkeys who are everywhere and not at all afraid of humans. 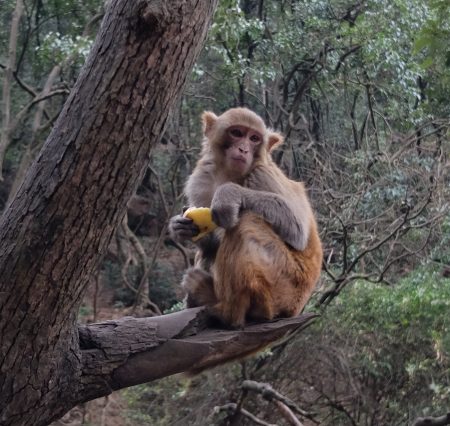 In fact they seem to be a kind of pest as there was a guy with a sling – presumably in an official capacity – flinging stones at them to keep them off the paths.