Sunday morning I’d mostly got over my jet lag so it was time to go on a proper adventure. Nanjing, about 140 miles along the Yangtze from Suzhou, was my day trip destination. However, when I got up the world was blanketed by a suspiciously unnatural looking yellow cloud. Hmm. Anyway it soon moved on its merry way and I headed out to the train station. 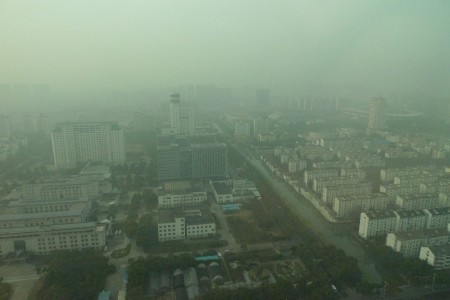 Now, ordinarily back in England 140 miles is way beyond my normal day trip range but in China they have Advanced Train Technology which travels the distance in around one hour and only about £11 each way. Look at the nose on this thing! In the carriage there’s a handy speed display which hits about 270 km/h. 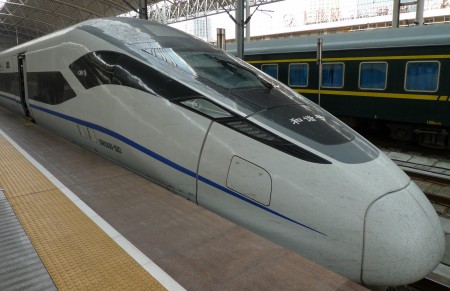 南京 “Nanjing” literally means “south capital”. That’s because it was the capital of China at various times in history. Most recently as the capital of the Republic of China until the revolution in 1949. All this means Nanjing is full of historical attractions. The most obvious being the massive city walls. There’s over 25km of surviving wall which makes it the longest intact city wall in the world. I first encountered it walking around the lake from the train station. 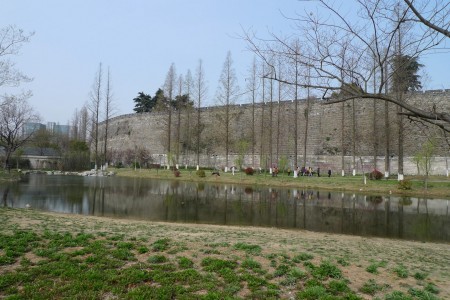 When the wall was being built in the Ming dynasty around 600 years ago, the emperor had a really great idea. He required all the towns and villages in China to send a quota of bricks for the walls, but each brick had to be marked with who made it and where it came from. So makers of defective bricks could be identified and punished. You can still see (and read!) the markings to this day! 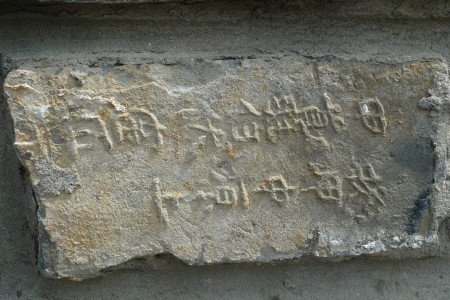 You could spend a day walking along the walls. Sadly I didn’t have a whole day to spare so I just did a select section from the station into the town with a small detour onto a very crowded island in the middle of the lake. You can see from the mountains in the background how different the scenery is from Suzhou and the southern half of Jiangsu which is almost entirely flat. 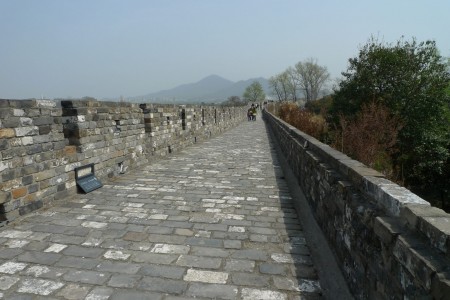 After coming down from the wall I wandered around the huge Jiming temple. Jiming is 鸡鸣 “cry of chicken”. Lost in translation perhaps. Then I started to get a bit peckish. What to eat? Two Chinese people I know had independently suggested I try 鸭血粉汤 when I said I was planning to visit Nanjing. So I picked one of those “local” canteens on the street, which is always a bit of a gamble but seemed popular with the locals.

What is 鸭血粉汤? Well it translates as “duck blood soup” but it’s a lot tastier than it sounds. 超级好吃! In the bottom is some odd looking dried been curd strips which were quite fun to eat.

After lunch I caught the metro to another local attraction, the massive mausoleum of the founder of the Republic of China, Sun Yat-sen. Here’s a useful bit of trivia: he’s the guy on all the Taiwanese bank notes; the PRC ones all have chairman Mao. If you’re the sort of person who stuffs all their Chinese-looking money in the same drawer, knowing this can help to avoid those embarrassing situations where you try to use the wrong money. Not that that would ever happen to me. Nuh-uh. 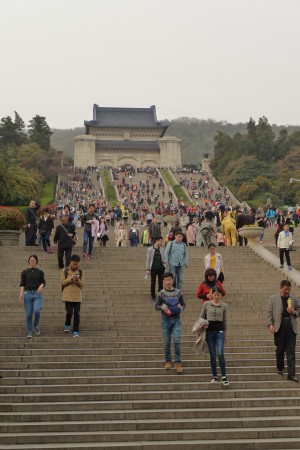 As you can see there is rather a lot of steps leading up to the mausoleum. It’s actually on the side of a mountain that looms above the city. There are several other interesting attractions on the mountain including a temple and a hike up to the summit, which I didn’t have time to do. There’s lots of pretty woodland too, which you can see in the photo below along with, unfortunately, the return of the smoggy cloud. 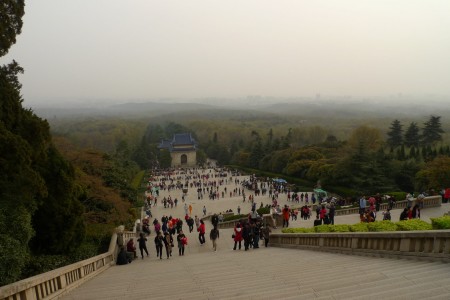 In a very random encounter on the way down I bumped into some of my colleagues from Taiwan who had also spontaneously decided to come out here for the day. A good opportunity for dinner, but it curtailed my maximal sightseeing strategy somewhat. I reckon there’s enough remaining attractions here to fill a weekend, so definitely worth another visit in the future!