It’s the weekend again and time to go canalling. This week I decided to put my Birmingham ambitions on hold and walk the other way into London.

The section from Uxbridge to Hanwell was a bit dull, but there were some interesting boats to look at. I took a detour to explore Southall which inexplicably has nowhere you can get a cup of tea. 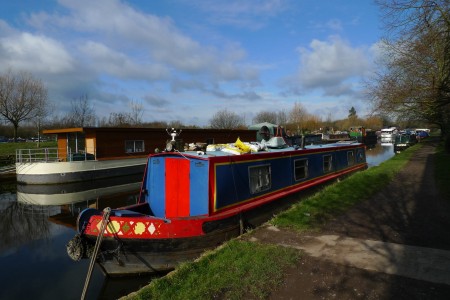 The most interesting spot on the route is at Hanwell where the canal drops down a steep flight of locks. At the top is the Three Bridges: a three-level crossing of railway, canal, and road designed by Isambard Kingdom Brunel. In fact, it was his last project before his death. It’s always a bit of a novelty to see water flowing above other things. By the side of the locks is Hanwell Asylum which has a lovely brick façade and looks exactly how you imagine a stereotypical creepy Victorian mental asylum should. 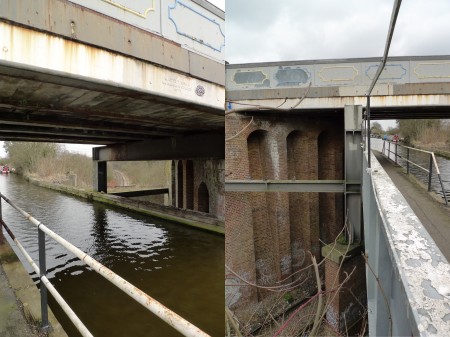 Eventually the Grand Union canal flows into the Thames at Brentford. At some point I lost the path in a canal-side industrial wasteland and decided to call it a day. It had merged with the Thames Path at that point so technically I’d done it already. (Back in 2010, doof.me.uk fans.)

In Brentford I ate what must be one of the most unhealthy muffin products ever created: it had two kinds of meat, egg, cheese, “jam”, and was all fried. Definitely undid any positive effect the exercise might have had.