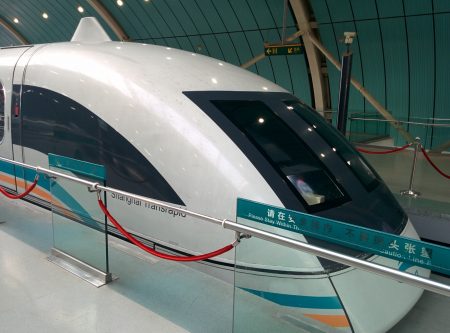 I timed my trip so I arrived for the 9am train which is the first 430km/h trip of the day. On the way there I had a bizarre taxi experience. I got in and asked “去龙阳路火车站！” and the driver said something like “磁悬浮站吧？” and I was like “…whut?”. 磁悬浮 of course is “magnetic-suspend-float” or “maglev”. In what universe do you expect a foreigner who can barely speak to know a word like that? :-? Anyway I managed to redeem myself a bit later by telling her that I really wanted to go to the station and not straight to the airport because I REALLY LIKE FAST TRAINS. This I think is one of the major problems with the maglev: it doesn’t actually go anywhere useful so you need to take a taxi or metro to get to the station.