What is this?? I found it inside a Knorr chicken stock cube: 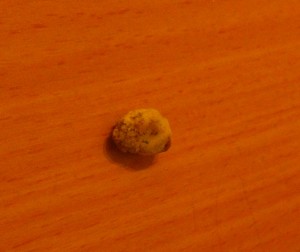 Whatever it is, I’m pretty sure it’s not ground up chicken. Going to send it back to Knorr so their scientists can analyse it. Could be an important discovery.